We would like to extend our sincere appreciation and thanks to Robertson Building Systems for recognizing our hard-work and continued growth. We are truly honoured to have received the following awards:

It is an even greater honour to be placed in such distinguished ranks as those of the past honourees whom have made important contributions to the growth of Robertson Building Systems.

To our Lanca team we give wholehearted gratitude for the tremendous support, dedication, and work well done. 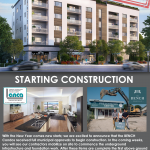